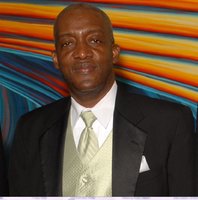 July 26, 1955 to February 23, 2020 BUT HIS MEMORY WILL LINGER ON FOREVER. Lennard Smith, known to all as Denzil Smith, went to be with the Lord on February 23, 2020 at St. Michael’s Hospital, Toronto, Ontario, at the age of 64. He is survived by his mother, Veronica Smith; His significant other, Myrna Brown; Children, Lyndan and Christina Smith; Grand-child, Levi; Siblings, Linette Redhead, Sarah Cadore, Cynthia, Julien and Ronald Smith, and Pamela Moore. Aunts and uncles: Rufus, Ethlyn, Dellina, Agustas, Agatha (Ira), Irma, Lawrence, Nelcia and Udalia; Daughter-in-law, Janine; Sister-in-law, Dawn; Brothers-in law, Cletus and John; Many nieces, nephews, and grand nephews; Numerous relatives and friends including Lincoln Louison, Pat, Muen, Chappy, Larry and Boisie. Lennard Smith was born on the island of Grenada in the West Indies on July 26, 1955, the year of Hurricane Janet. A true survivor, Lennard was plucked out of the arms of his mother by the ferocious winds of Janet, but as luck had it, she grabbed him by the ankle and brought him back to safety. This was the beginning of Lennard’s life experiences with such pitfalls like falling off a donkey and breaking his arm, falling off a truck without the driver even knowing. He was a true fighter until February 23, 2020 when he was forced to surrender to a rare health condition which he fiercely battled for more than fifteen years. Lennard was the second child of six children. He worked in the upholstery industry though he had a background in architect design, and apprenticed as a tailor; nevertheless, what he was most known for was his calm and caring demeanor which always left people feeling welcomed and at ease. He has left a positive impact not only on the lives of those he knew, but also, on everyone he met along the way. Lennard will be forever remembered as the one who saw the good in everyone and in everything. The love he shared will continue to be a beacon shining in the hearts of all who knew him. Rest in the Stillness of God’s Presence, Our Dear Denzil, we miss you, and will never forget you. Viewing will be at New Haven Funeral Centre - 7025 Legion Rd. Mississauga, Ontario on Sunday March 1st, 2020 from 1:00 – 2:00PM and Open Tribute from 2:00 -2:45PM sharp. His body will then be transported to Grenada for burial.