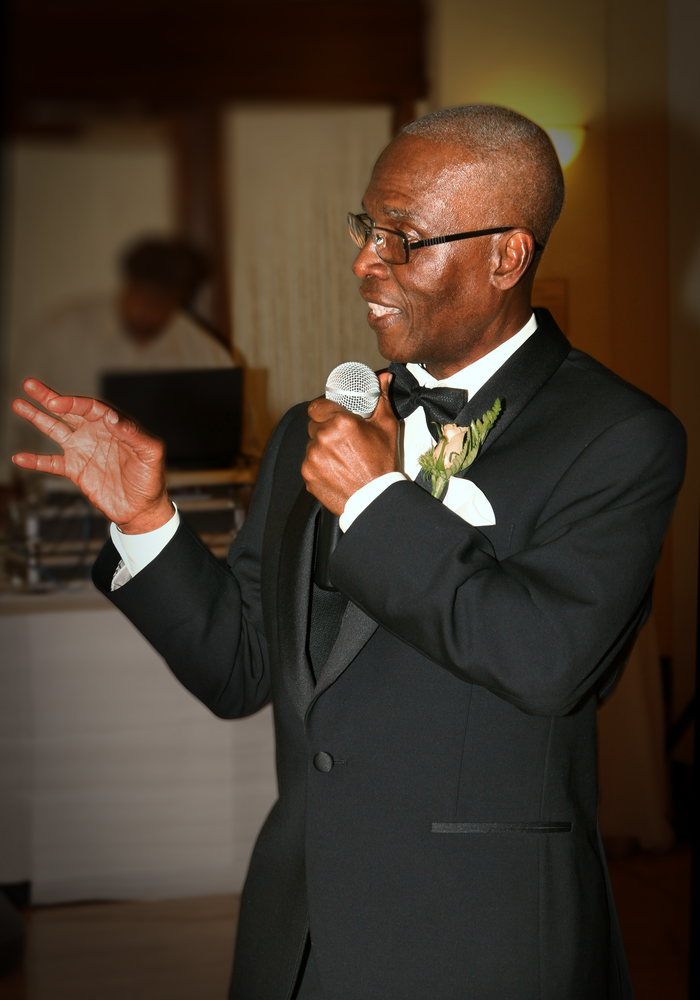 With heavy hearts we announce the death of Ronald Bernard who passed peacefully on July 7th 2022 after a long battle with Alzheimer’s disease. He died surrounded by his wife, family and close friends. He was a loving husband and father, affectionate grandfather, beloved brother, wise uncle, trusted mentor and a principled man of faith. He inspired each of his children to search and cherish truth.

Ronald Lloyd Bernard was born in Old Harbor Bay Jamaica on February 27th 1945 to Wilfred and Christina Bernard. He was the fourth youngest of 10 siblings. Though he came from the most meager of means through his faith, fortitude, and discipline he became the first person from his beloved Old Harbor Bay to matriculate through to university and did so on a full scholarship. He proved that poverty can be overcome, and generational cycles can be broken.

In 1969, Ronald earned a degree in Electrical Engineering from the University of the West Indies in Trinidad and remained an engineer until his retirement. It was upon returning to Old Harbor Bay that he met his wife and “life-partner” Yvonne Rose Lewis and the two were married in 1974. His love for her remained even long after his memory failed him, and as he would have had it hers was the last face and voice he encountered before he closed his eyes. In 1978 as with many in his generation, he left his home country of Jamaica to provide a life with more promise and opportunity for his family in Canada, but his heart was always with his homeland.  This enduring love for Jamaica led him to take the role of President of the Windsor West Indian Association for nine years and many years of dedicated community involvement and active membership.

Ronald was a quiet, reflective, and unassuming man whom friends and family have characterized as a “quiet storm”. No-one who had a conversation with him missed out on the wisdom, warmth and relevance of his counsel which he gave often. Many who knew him got to experience the exploration of the deep topics of life way into the wee hours of the morning. He had an enduring love for prophecy, politics and polemics – there was no great speech or orator he didn’t enjoy. From Cicero to Churchill, from John the Baptist to John F Kennedy, he had a great love for what he called “the gift of gab”.

A man guided by principle he often said “you cannot understand what a man does until you understand what he believes.” He was the consummate deep thinker fiercely defending the harmony between faith and reason, ever the diligent student of the Bible walking according to a “… thus saith the Lord” mantra that guided his life. He lived with an unwavering hope in the soon return of Jesus Christ according to the words of John 14:1-3.

Ronald had nine siblings, Ezra (deceased), Mordecai (deceased), Lorenzo (deceased), Ruddy, Jossell, Rose, Carmen, Blossom and Lorraine. Ronald is survived by his wife Yvonne, his three children, Sheldon, Saran and Andrew and his three grandchildren, Adrian, Anthony and Claire. He is also survived by a host of nieces, nephews and cousins.

The Bernard family wishes to express sincere gratitude and appreciation to all our relatives, friends and well wishers.  We are grateful to everyone who prayed, visited, offered kind words of comfort, cards and other gifts to us during Ronald’s illness and our time of bereavement.

We are collecting photos of Ronald for our slideshow/memorial presentation.  Please send your cropped photo using one of the following options below:

Share Your Memory of
Ronald
Upload Your Memory View All Memories
Be the first to upload a memory!
Share A Memory