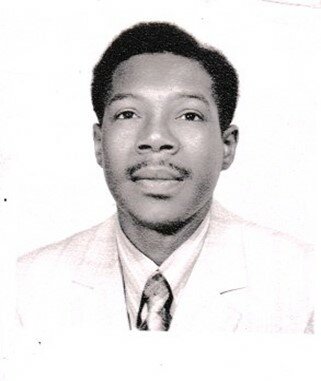 Charles Merton Winfield Douglin, age 88, entered into peaceful rest on September 24, 2022. More familiarly known as Winfield, he was born July 2nd, 1934 in Endeavour, Saint James, Barbados to the late Joseph and Isadora Douglin. His mother instilled in him the importance of education and learning that would eventually lead Winfield to pursue teaching as a career and he graduated from Erdiston Teachers' Training College in Barbados. He taught in the public school system in both Barbados and Canada. He was a member of the Barbados Regiment and spent time in Trinidad during his service. He moved to Toronto, Canada in 1966 and married Doreen (née Gilkes), his beloved wife.

After his teaching career, Winfield worked for Canada Post Corporation in management for many years until his retirement. He was an avid and active member of St. Hilda’s Anglican Church, Revival Time Tabernacle, and more recently Bethel Apostolic Church of Vaughan where he served as a Deacon. He used his time to help his community in many ways such as an election poll worker for Elections Canada, driving persons to various appointments, taking meals to the elderly and the infirmed, and visiting and giving encouragement to people at hospitals and long-term care facilities. He also spent many years providing free tutoring to neighborhood children on the topics of Latin, French, physics, geography, history, mathematics and reading comprehension.

He was preceded in death by his wife Doreen.

In lieu of flowers, the family requests those who wish to express sympathy to consider making a donation to their favorite charity or educational organization in Charles Douglin’s name.

Share Your Memory of
Charles
Upload Your Memory View All Memories
Be the first to upload a memory!
Share A Memory