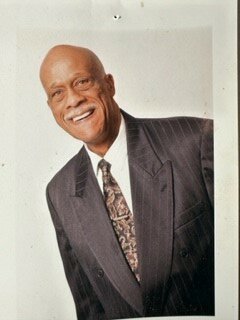 Hugh Philpott Alcock was born on October 2, 1947, to his loving parents Cynthia Gardner and Cecil Alcock, in Kingston, Jamaica.  He was affectionately called Philip by family and friends.  As a child Philip enjoyed the outdoors and spent a lot of his time at Victoria Pier in downtown Kingston.  He would scull school and take the ferry to Port Royal and go swimming without his parents knowing.  Thus, he missed much of his formal education. However, he was adventurous, and blessed with a lot of natural gifts and talents. As a teenager he built and flew massive kites that were 5 feet wide. He cut and cured the bamboo to make these kites called “Beagie” himself. He was also known as the best scooter rider down by Water House.  He made the scooters himself.

Philip’s siblings remember him as loving and kind brother. Annie recalls the time he shielded her from a spanking by holding her up to the sky away from the belt. Lyndon remembers him building a fish tank for the pet fishes and caring for their pet pigeons, and guinea pig.

In his early years Philip exhibited entrepreneurship. He grew a garden in the backyard and sold the produce.  As he emerged as a mature man, Philip became a master welder, machine operator and metal fabricator.  His signature steel fabrication work can be seen hanging from the ceiling at Victoria Mutual Building Society on Duke in downtown Kingston.

Philip met and fell in love with “Jean” in Penwood in 1962.  He later emigrated to Canada January 1981 to reunite and married the former Claudette Merle Simms, “Jean”. Together, Philip and Claudette opened up a bodywork shop name S&A Autobody where they both labored together as partners serving the community for many years. The last few months of his life he worked in his home to renovate two bathrooms and install wood floors. Regardless of his sickness, he wanted to get this done.  As Philip was aware that he would not live much longer he tearfully verbalized his wish to gather his children around to make amends. Unfortunately, he did not live long enough to realize this last desire. However, it is immortalized here.

To view the service, please click the link: https://www.youtube.com/@maltonseventh-dayadventist8494/streams

Share Your Memory of
Hugh
Upload Your Memory View All Memories
Be the first to upload a memory!
Share A Memory